Master of War: Scourge of Wolves 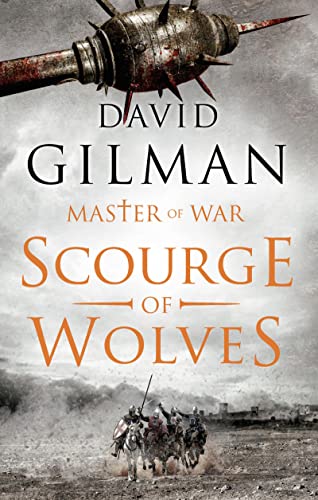 Buy Master of War: Scourge of Wolves (US)

Episode five of the gritty historical fiction series, as Thomas Blackstone fights to enforce English rule on France at the height of the Hundred Years’ War

Winter, 1361. After two decades of conflict, Edward III has finally agreed a treaty with the captive French King, John II. In return for his freedom, John has ceded vast tracts of territory to the English. But for five long years mercenary bands and belligerent lords have fought over the carcass of his kingdom. They will not give up their hard-won spoils to honour a defeated king’s promises.

If the English want their prize, they’ll have to fight for it.

As he battles to enforce Edward’s claim, Thomas Blackstone will see his name blackened, his men slaughtered, his family hunted. He will be betrayed and, once again, he’ll face the might of the French army on the field. But this time there will be no English army at his back. He’ll face the French alone.

Next book: Night Flight to Paris