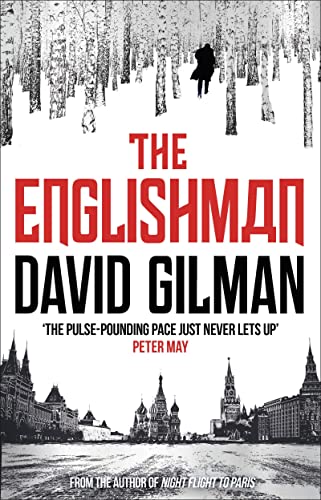 ‘The pulse-pounding pace just never lets up’ PETER MAY, bestselling author of LOCKDOWN.

Penal Colony No. 74, AKA White Eagle, lies some 600 kilometres north of Yekaterinburg in Russia’s Sverdlovskaya Oblast. Imprisoning the country’s most brutal criminals, it is a winter-ravaged hellhole of death and retribution.

And that’s exactly why the Englishman is there.

Six years ago, Raglan was a soldier in the French Foreign Legion engaged in a hard-fought war on the desert border of Mali and Algeria. Amid black ops teams and competing intelligence agencies, his strike squad was compromised and Raglan himself severely injured.

His war was over, but the deadly aftermath of that day has echoed around the world ever since: the assassination of four Moscow CID officers; kidnap and murder on the suburban streets of West London; the fatal compromise of a long-running MI6 operation.

Raglan can’t avoid the shockwaves. This is personal. It is up to him to finish it – and it ends in Russia’s most notorious penal colony.

But how do you break into a high security prison in the middle of nowhere?

More importantly, how do you get out?

Next book: Master of War: Shadow of the Hawk