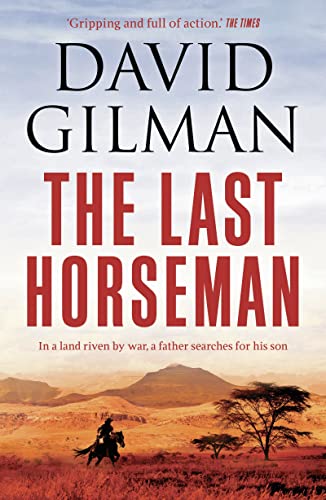 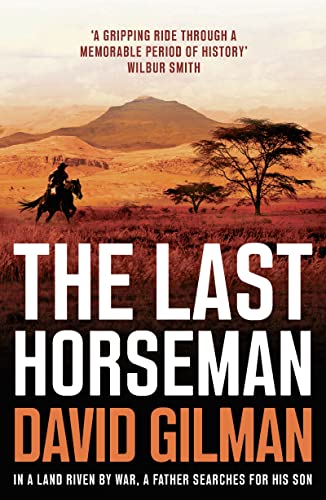 Buy The Last Horseman (US)

Dublin, 1899. On a foul night in a troubled city, lawyer Joseph Radcliffe watches the execution of a young Irish rebel. Radcliffe, together with his black American comrade Benjamin Pierce, has made a living defending the toughest cases in Dublin, but is haunted by the spectre of his defeats, the loss of his wife and child and his difficult relationship with his surviving son, Edward. While Ireland smoulders with rebellion, war breaks out in South Africa and when, after an argument with his father, Edward runs away to join the Irish forces fighting there, Radcliffe, accompanied by Pierce, sets out to find him and bring him home.

South Africa, 1900. Both Radcliffe and Pierce have known war. Former cavalrymen in the US army, they have seen enough killing to last them a lifetime. But eight hundred miles north of Cape Town, amid the trackless veld, they experience the bloody brutality of a conflict that the British generals are shocked to discover they are losing. Under fire from Boer snipers and artillery, distrusted by the British forces, the two old soldiers will find their survival skills tested to the hilt as they search for the missing boy in this epic tale of heroism and treachery, love and loyalty.

‘‘Gilman is a master author. His books are meticulously researched and historically accurate whilst at the same time being thrilling and suspenseful, he is an author in the same class as Bernard Cornwell, and if you like that author’s books, then you will be delighted with this author’ Army Rumour Service.

‘‘Once again Mr Gilman demonstrates why he’s a superlative talent in his field and why historical fiction fans like me will continue to hang onto his every breath-taking, shock-ridden, plot-twisting word’ The Book Bag.

‘‘Takes no hostages, this fast-paced story never lets up’ Independent.

Previous book: Master of War: Gate of the Dead